This scammer has the most incredible fake company name 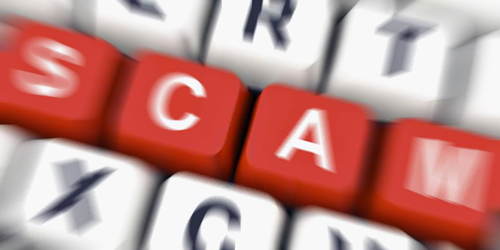 Online scams are hardly new, and everyone online today has received scam emails from Nigerian princes and endless deposed millionaires. However, there are some scam attempts that turn to be so unintentionally hilarious that one cannot help but share them with everyone they know. Maybe they are extremely daring, or at times very poorly thought out, and in this case, just plain stupid. But they do give you a hearty chuckle, and for a careful individual, that is all that such scams must amount to in the end.

With the introduction of so many new TLDs with unique and industry specific names being announced in 2014, domain name related scams have risen in numbers. People are trying to flip TLDs, and make a profit in any way that they can. A new kind of scam has companies trying to make people register a domain name through an unusual scare tactic.

Emails are sent to the domain name holder that claim to be from a domain name authority in Asia, and “inform” you of a possible scam. The email claims that some business has put in a request to buy a number of domain names, that all have the same name as the company name of the recipient. A lot of information is given about the topic, and the authority figure than claims that they are alerting you in case you did not put in this request. Since fake domain names can be a real menace for established companies, the email plays on your fear and attempts to get you to register a domain name first. In this instance, however, the scammer really messed up. Perhaps they did not realize what the name of the company which they claimed was buying domains related to mine meant, but they claimed that the company that was trying to scam me was called Con Group Co. Ltd.

With a fake name like that, I could only laugh for a minute before I deleted the email and moved on./p>