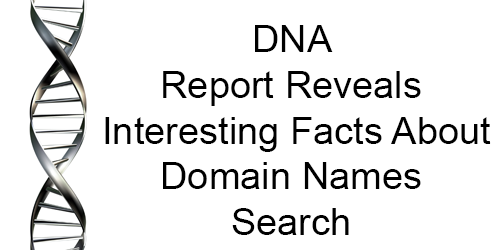 Domain Name Association, or DNA, is the body that advocates the adoption of new top level domains. They have recently conducted a survey to assess how well aware internet users were about the expansion of TLDs that took place recently. The survey also tried to figure out how people react to different top level domains through the use of a number of hypothetical scenarios..

When ICANN first announced its plan to extend the available range of TLDs, it had a mixed response. Now that over a year have passed since the new TLDs first started rolling out, people finally have a chance to see how they are changing the way people use the internet. The right TLD can instantly make a website look more trustworthy, and despite .com domains are still the most popular, these TLDs have slowly been gaining popularity.

For example, one of the survey questions asked users the website that they would visit if they need to make some kind of online payment. The top choice was a .com domain called onlinepayments.com but surprisingly the second most domain picked by American users was onlinepayments.secure which got more votes than the popular geographical domain .us for the region.

A similar question was posed to the residents of Melbourne, Australia and they were asked the website they would prefer to use for buying shows online. The local TLD of shoes.com.au received the most votes, but the runner up was shoes.melbourne which is once again a new TLD.

The survey claims that as many as 25% of internet users who took the survey were aware that new TLDs had been introduced. While the figure may be a little optimistic, the overall survey does appear to be fair for the most part. It also shows how domain names search has become popular over the years.