The most expensive domain sold in 2012 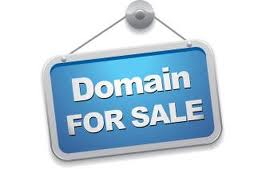 The year 2012 is one of those years that had many ups and downs. According to reports by business analysts, domain sales increased by a margin of 20% with some saying it may be higher. This is mainly attributed to the fact that more and more companies are setting out to differentiate themselves from their ilk and cut out an even larger share of the market for themselves. The more “gisty” domains were picked up by the larger companies in a bid to raise their profile even more and enter the exclusive club that marks companies at that level.

So what are some of the most expensive domains in the year 2012?

According to the business insider, the most expensive domain that was sold in the year 2012 is GiftCard.com which was sold off by CardLab. The domain sold for a whopping 4 million dollars. Before that, the AltaVista.com domain, which sold for $3.3 million in August 1998 was among those considered to be the highest. However, the all time highest seller to date is the sex.com website that sold for 13 million. Some of the other highest sellers in the year 2012 include: Investing.com that sold for $2,450,000, PersonalLoans.com that sold for $1,000,000 and (tie) FreeWebsite.com sold for $500,000. The cost of a domain depends largely on how the market responds to it and what the new owners think the new domain would bring to them. The exclusive domains often attract much higher prices.