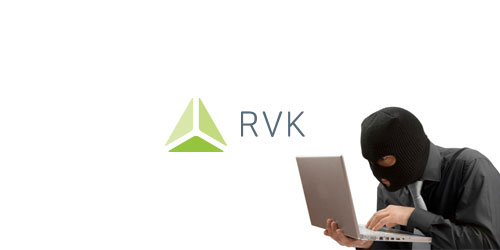 The investment consulting firm known as RVK, which was formerly named as R.V. Kuhns &Associates, Inc. was found guilty of getting involved in reverse domain name hijacking on the domain name of RVK.com. The charges were confirmed by the World Intellectual Property Organization panel. The company filed a UDRP with the help of a law firm named as Tonkon Torp LLP against Gregory Ricks, who is owner of the domain. The complaint stated that Gregory Ricks was involved in registering a domain name which is a trademark that belonged to them and they were responsible for the domain name hijacking.

In the verdict it was stated that the initial complaint was registered that the firm had been using the RVK mark in commerce since April 2000. In the response, Gregory Ricks reported that he had registered the domain name before that date. In order to counter attack the statement provided by Ricks, RVK filed a new complaint along with an affidavit claiming that the RVK mark was first used by it back in 1992. The 1992 date was based on the use in the letterheads, but the panel decided that the 1992 never found.

The panel also stated that even if the 1992 date was proved, it is not necessary that the accused party was aware of the mark and that he did it in bad faith. In response to all the accusations and verdicts, Ricks stated that he never received any correspondence from the RVK prior to the UDRP filling in November 2014.